Rise in the rates of the main central banks due to inflation, continuity of geopolitical tensions on a global scale, the market climate is more than

Rise in the rates of the main central banks due to inflation, continuity of geopolitical tensions on a global scale, the market climate is more than ever uncertain for risky assets. And in the crypto market. A climate that leads some to believe that the return of Bitcoin to the $20,000 threshold is almost inevitable. 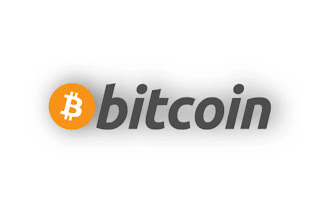 Bitcoin in a range for 2 weeks

After the violent fall in mid-May, the price of Bitcoin entered a wait-and-see phase. As shown in the chart below, taken from the Coinmarketcap platform, Bitcoin sailed between $29,000 and $31,000.

Once again, Bitcoin seems to be looking for its trend. Since last November, this search for a trend has unfortunately often resulted in a continued decline. As of this writing, Bitcoin is trading for $29,016. Down 2.01% over the past 24 hours. A price level that remains above all 58% lower than its historical high . An ATH recorded last November for nearly $69,000.

Inflation: the pet peeve of Bitcoin and the crypto market!

For weeks, risky markets have been struggling. And the trend appears even more palpable on the crypto market. The fault with the monetary policy carried out by the American central bank: the FED . Indeed, for several weeks, rate increases have followed one another. The objective of these increases? Succeed in curbing inflation. But this has visible consequences on the markets at risk, because the inflow of liquidity is now less there.

At 4% in June 2021, over a sliding period of one year, US inflation is now close to 6%. Despite the FED's first rate-raising measures , the inflationary dynamic seems to persist, although it has fallen very slightly in recent weeks. Because it is on this drop that the crypto market will depend.

For many cryptophiles, if the price of Bitcoin were to drop to the $20,000 level, the threshold would be an ideal entry point . With a view to preserving the asset over the long term . This $20,000 point would then bring Bitcoin close to the highs reached at the end of 2017 during the first explosion around the project. In case you want to buy Bitcoin, it is recommended to do so on a reliable platform such as Capital.com (CFD) or Crypto.com .

Nevertheless, if we focus on an analysis of the price of Bitcoin in monthly data, it is clear that the different phases of decline have never led the token to return to its former ATH. And this, for more than 12 years . In other words, these facts contradict the hypothesis of an inevitable return of Bitcoin to the threshold of 20,000 dollars. However, this raw data should be taken with a pinch of salt, as the market contexts are no longer the same.

Either way, if reached, this point could be a level capable of initiating a trend reversal. Currently, the Crypto Fear & Greed indicator continues to show in extreme fear. At 12/100, more or less the trend of the last two weeks.