The FED announcements seduced the crypto market. With a rise of more than 3% in the space of a few minutes , Bitcoin even came (briefly) to test the

The FED announcements seduced the crypto market. With a rise of more than 3% in the space of a few minutes , Bitcoin even came (briefly) to test the resistance level of $40,000. A price level that should prove decisive in the coming days for a possible bullish reversal.

Bitcoin and the crypto market sensitive to monetary policy!

It's a secret to no one. As with the equity market, the crypto market is also particularly sensitive to monetary policy decisions. Like all so-called “risky” markets. The market was anticipating two rate hikes on Wednesday and it was served. Despite a 0.5 point increase in its key rate, the biggest increase in 22 years, the FED meeting had a positive effect on the Bitcoin price . 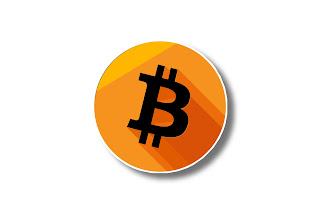 Shortly before the end of the FOMC meeting, the asset saw a meteoric rise when Jerome Powell ruled out a 75 basis point hike in the key rate. The number 1 crypto asset thus rose by more than 3% in a few minutes, coming to flirt with the level of 40,000 dollars . A level that the market has tested only once (40,002 dollars at the highest).

In the wake of the mother of cryptocurrencies, most crypto assets were also showing in the green. Thus, the price of Ethereum recorded an increase of more than 5%, like the majority of the main altcoins. At the time of writing, the asset is thus trading for around $37,000. If you want to buy Bitcoin, or any other cryptocurrency, you can go to eToro , a reliable platform for French users.

To re-ignite a positive dynamic around Bitcoin, keeping it close to $40,000 will be an essential prerequisite. If we stick to the chart analysis, Bitcoin has just broken its 1-month resistance level upwards. If this obviously does not guarantee a turnaround, it is clear that the mother of cryptocurrencies is slowing down the bleeding of recent weeks.

According to Joe Orsini, director of research at Eaglebrook Advisors, the Fed 's calendar will certainly have a role to play in the medium term. He thus considers that:

A less aggressive tightening policy would be bullish for Bitcoin, Ether and digital assets. Digital assets that continue to rebound stronger than traditional stocks.

Are we heading for a bullish reversal?

It is difficult to comment on this thorny question. A few weeks ago, the price of Bitcoin was flirting with $48,000 , giving hope for a rapid return above $50,000. This scenario is now contradicted by the facts. At least in the short term.

Because to better understand how Bitcoin and the crypto market as a whole could evolve, stock market indices provide some interesting elements. If we take the S&P 500 as an example, the index is now close to its annual low. An annual low which then corresponded to the start of the war in Ukraine. A similar observation can be made for the Dow Jones. If these support levels were to be permanently exceeded, they could stimulate positive momentum in the markets at risk . And positively impact the price of digital assets.

The NFP report in the US could also be a deal breaker around that $40,000 level. This report, which includes job creations in the non-agricultural sector, often plays a role in the valuation of markets at risk. In the United States, employment figures are now back to levels close to those prior to the health crisis .