Dogecoin: will they be integrated into Twitter following the takeover by Elon Musk?

With the recent takeover of Twitter by Elon Musk, many are wondering if the boss of Tesla will integrate Bluesky technology as well as Dogecoin. Admit

With the recent takeover of Twitter by Elon Musk, many are wondering if the boss of Tesla will integrate Bluesky technology as well as Dogecoin. Admittedly, the odds are low, but would the goal of creating a decentralized platform change the billionaire's mind?

The cryptocurrency market has recently been on a downward curve, but Dogecoin is swimming against the tide. With a rise of 3% on April 25 after Elon Musk confirmed the takeover of Twitter, Dogecoin closed the day at $0.1622 . However, the euphoria quickly subsided. The curve indeed went down again the very next day with an 18% drop, leaving the DOGE at a ridiculous price of $0.1358. 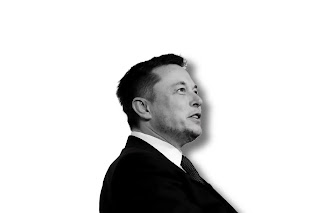 Many DOGE investors have been hoping for Musk to integrate Dogecoin into Twitter . However, it doesn't seem like it's happening anytime soon. Analysts believe that the takeover of Twitter and its eventual move to a decentralized protocol could boost DOGE's value, but again, that's just guesswork.

Everything to guarantee freedom of expression

Launched in 2019, Bluesky is an independent company specializing in the research and development of decentralized social networks. Twitter, in its objective to decentralize the platform, notably called on the team to review their configuration and has allocated funds to them for this purpose.

Described as a hybrid federated network with P2P features, Twitter could be improved with, among other things, the incorporation of portability. In his report on the “Self-authenticated Social Protocol”, Bluesky returns to this. He sets out other possible improvements with the aim of ensuring better freedom of expression on the platform.

Recently, Elon Musk said he wanted to analyze the source code of Twitter. This, in order to discover how the engineers went about controlling the platform. From his point of view, if it is possible to remove said controls, then there would be no need to adopt Bluesky technology . Indeed, without the restrictions, Twitter would automatically become a more balanced platform.

The integration of Dogecoin also seems unlikely since no passage mentions it in the Bluesky report. In any case, Elon Musk will not fail to let his followers know what he plans to do in the coming months.

As a reminder, Musk had bought Twitter for the tidy sum of 44 billion dollars. The investor aims to ensure freedom of expression on the platform. Recall that she created controversy for her leanings towards so-called “progressive” leftist politics and accused of promoting “woke” culture.