The price of cryptos and traditional markets more linked than ever

The correlation between Bitcoin, Ethereum and Wall Street is stronger than ever. Indeed, the price of these cryptos seems to closely follow the price of the largest American stock market indices . A situation that doubly penalizes investors who have sought to diversify their investments. 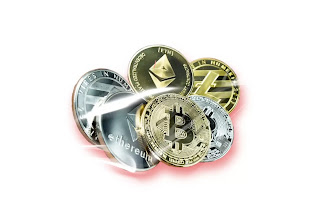 A generalized collapse on the various markets

If you follow the news relating to cryptocurrencies, you are aware that the price of Bitcoin , Ethereum, as well as most altcoins has experienced a sharp and significant drop.

What should be noted, however, is that the main US stock market indices also experienced this drop, and this within a similar timeframe. It's definitely not a coincidence to say the least .

A correlation that reaches peaks

Over the past 30 days, the correlation between Bitcoin, Ethereum and the three US stock indices has reached all-time highs, reaching all- time highs , at over 0.9, with an index of 1 signifying a move in the same rate, while 0 implies no correlation.

Clearly, the main US stock indices and cryptocurrencies have never been as closely linked as they are now, and the evolution of the two markets is almost identical.

Pervasive similarities since the beginning of the year

The correlations between cryptocurrencies and classic assets have never been stronger than in 2022, and this can be seen since the beginning of the year.

Thus, we can see that Bitcoin, and the majority of the cryptocurrency market started the year quite difficult, but experienced a recovery during the month of March. For example, BTC had fallen close to $50,000, while it had fallen below $35,000 a few weeks earlier.

Well, for the US stock market, the situation was quite similar. Thus, the S&P 500, the Nasdaq composite and the Dow Jones also saw their prices fall at the start of the year, then rise significantly during the same month, reaching a peak at the end of the year.

A worrying signal for cryptocurrencies?

While the similarities between the US stock market and the cryptocurrency market are nothing new, the fact that they are so strong right now is food for thought.

Indeed, cryptocurrencies were originally designed as an alternative to traditional markets . In particular, they allowed investors to diversify their assets, their aim is not, in itself, to be correlated in this way between them.

A problem therefore arises when situations of this type arise. This could, according to some people, harm their viability. This is particularly what says Richard Craib, founder of Numerai, a quantitative hedge fund based in San Francisco.

The price of cryptos and traditional markets more linked than ever

Finally, while institutions entering the cryptocurrency market were once viewed as a blessing, some believe they may now be part of the problem. Indeed, many of them sell their assets in reaction to these falls , only leading to accentuate them.

Even if the market remains relatively bearish in this first part of the year, it is clear that many projects such as Lucky Block still manage to hold their own. Also, some analysts still want to reassure investors. After each period of decline, the cryptocurrency market has always gone up again.