Shares of Twitter rose 5% on Monday (April 25) after the social network formally accepted Elon Musk's takeover offer of around $44 billion.

Shares of Twitter rose 5% on Monday (April 25) after the social network formally accepted Elon Musk's takeover offer of around $44 billion.

Twitter 's stock rose again on Monday (April 25th), as investors welcomed reports that the company's board of directors has negotiated a takeover deal with Elon Musk . 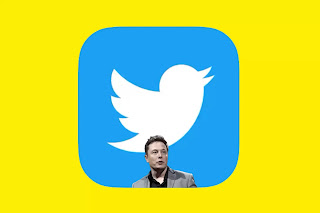 Twitter's board of directors decided to sell the social network, accepting the Tesla CEO's initial offer of $54.20 in cash per share , or $44 billion for the entire company.

The transaction has been unanimously approved by Twitter's board of directors, and the deal is expected to close later this year, subject to shareholder approval.

Until recently, the public expected Twitter to decline Elon Musk's offer to buy the social network and privatize it, as Twitter's board passed a measure to delay any takeover. hostile control.

In recent days, the social network's board of directors has seemed to be more receptive to the takeover offer from the billionaire of South African origin, especially when the latter has revealed that he has the necessary funds to carry out such an operation. .

If Elon Musk's offer was accepted by Twitter, it was certainly "because the board of directors realized that an alternative offer from a 'white knight' could be difficult to find, especially after the decline in social media company asset prices over the past few weeks and months,” said Angelo Zino , senior equity analyst at CFRA .

This month, Twitter's stock rose more than 30%, with the majority of the gains coming after Elon Musk made public his offer to buy the networking platform earlier this month.

According to a press release , Elon Musk, the world's richest personality, secured $25.5 billion in fully committed debt and margin loan financing for this takeover deal, as well as approximately $21 billion in equity.

“The board's willingness to have a constructive conversation, along with the funding in place, improves the likelihood that a deal can materialize,” Aneglo Zino said.

Wall Street analysts were widely divided when Elon Musk made public his unsolicited takeover bid for Twitter earlier this month. Some pundits predicted the 'soap opera' would end with the billionaire buying the company, while others remained highly skeptical and downgraded Twitter's stock amid uncertainty. The vast majority of analysts are keeping Twitter's rating on hold as markets wait to see what happens with Elon Musk's potential takeover of the social network.